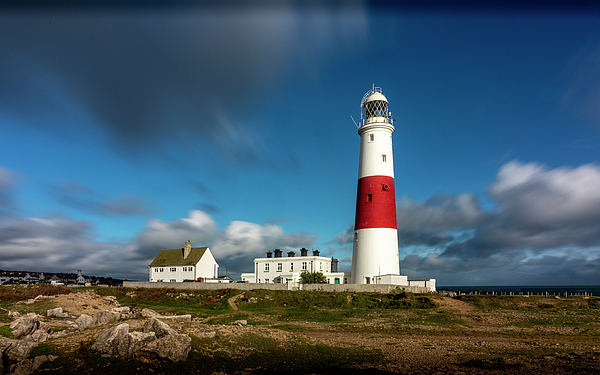 Our ceramic coffee mugs are available in two sizes: 11 oz. and 15 oz. Each mug is dishwasher and microwave safe.

A photographic image of the iconic Portland Bill lighthouse, situated at the tip of the Isle of Portland, Dorset, UK. The lighthouse was completed in... more

Lovely, I saw this on my visit to Dorset. LF

This is a wonderful capture! Great color and composition.

Thanks David. Appreciate the comment and feedback. It’s a great location to shoot albeit windy at times.

A photographic image of the iconic Portland Bill lighthouse, situated at the tip of the Isle of Portland, Dorset, UK. The lighthouse was completed in 1906 for Trinity House and was modernised in 2019 to update the traditional rotating light to a modern LED system, centrally controlled from Harwich. The Portland lighthouse features two lights, a top white light stretching to 18 nautical miles and a middle red light to warn ships of the shambles sandbanks. There is something romantic and nostalgic about lighthouses which I have aimed to capture with this vibrant image.