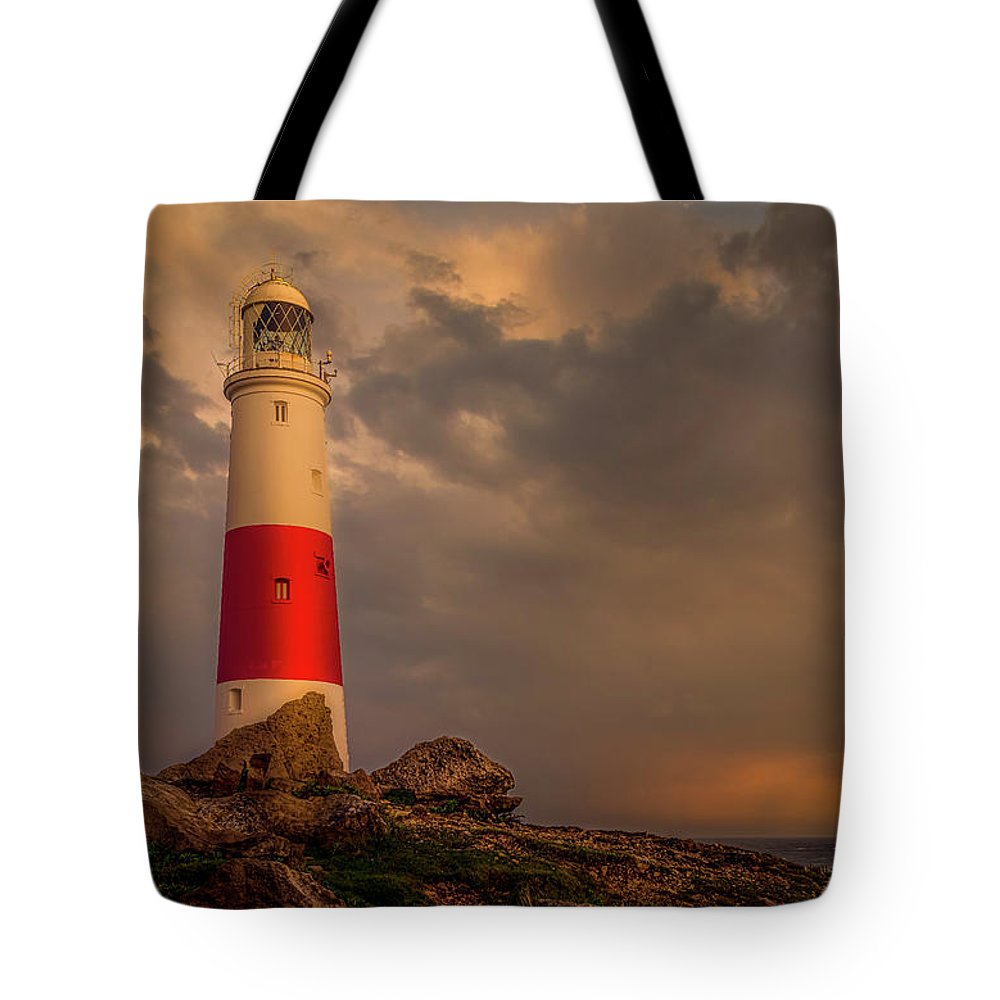 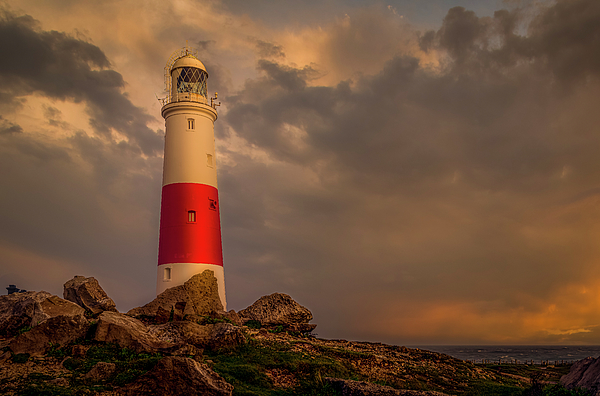 Our tote bags are made from soft, durable, poly-poplin fabric and include a 1" black strap for easy carrying on your shoulder.   All seams are double-stitched for added durability.   Each tote bag is machine-washable in cold water and is printed on both sides using the same image.

I hope to see a lighthouse in person at SOME point.

"Lighthouse at Portland Bill", is a landscape photograph captured in high resolution at Portland Bill, Dorset in England. It features the iconic 'Portland Bill' lighthouse from 1903 which was automated in 1996 and is part of the Trinity House managed lighthouses of the UK coastline. It inspired the 'Adventures of Portland Bill' TV series for children and is in my opinion a true lighthouse providing safety to shipping in the English Channel for ships traversing the Portland race waters where three elements meet from East, West and France to give some of the most dangerous waters of the southern England coastline. The Portland lighthouse has 2 lights, one white and a lower red light to warn shipping of the local rocks and sandbanks to the side whilst the primary white light reaches 18NM out to sea.